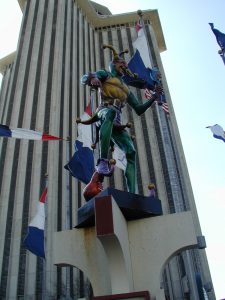 On June 24, 2020 the Financial Times published a story written by Hannah Murphy titled “Facebook executive admits to ‘trust deficit’ on call with advertisers”. The Facebook executive is Neil Potts. Per Neil’s public profile on LinkedIn he holds the role of Public Policy Director for Facebook. On Tuesday, June 23rd Facebook’s stock price closed at $242.24. As of the time of the writing of this post, on Friday, June 26th, Facebook’s stock price is $216.94 – a drop of 10.4%. For readers not familiar with stock pricing, this drop translates into a 10.4% lower market capitalization for Facebook, the company.

What went wrong here? Hannah Murphy attributes the basis of her story to “…leaked audio of the call obtained by the Financial Times…” She reports the audio was recorded from a “…conference call with almost 200 advertisers…” held by Facebook on Tuesday, June 22nd. Neil is noted as one of several “Senior policy executives” appearing to “…[defend] Facebook’s [position] …” on a controversial topic – “…controversial posts from US President Donald Trump…”

Mistake number 1 – the Facebook team was expected to present an unfavorable position on a highly charged topic in a venue (a conference call) where controls could not be exercised over what attendees could do with the information shared with them. Management should not have used a conference call for this purpose. Especially since, as Hannah Murphy reports, the call was hosted not by Facebook, but by the “Interactive Advertising Bureau trade body in Canada”. Did management consider why they would bring up and defend highly controversial (if not unpopular) public opinion during an event hosted by a third party with unclear opinions of its own on the topic?

“[Neil] acknowledged that the company suffered from a ‘trust deficit’ but added that it was ‘here to listen’ to its client’s concerns.”

There is a big difference between “listening” and “defending” a controversial corporate position like the one fueling Hannah Murphy’s story. Did Neil Potts consider the possibility his intention might seem insincere (and, therefore, just more wood on the ‘trust deficit’ fire) given the way his fellow Senior Executives used the opportunity presented by the conference call?

Solution: obviously few if any readers of this blog post will be associated with a massive organization comparable to Facebook. Nevertheless the same rules apply. An opportunity to engage with customers must not be a license to “wing it”, especially when it isn’t clear to management how customers feel. If a senior executive from your company states an intention “to listen” your executive needs to follow through. If the purpose of listening is to collect complaints it does not help to kick off the dialogue by stating a negative conclusion, “trust deficit”, as a fact. “Don’t reinforce negatives” is sales and marketing rule 101. You need to make sure your management doesn’t flunk a quiz on their mastery of this rule like Facebook’s June 22nd conference call.