Some customers will never accept cloud 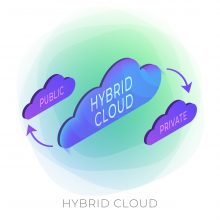 Some customers will never accept cloud. Most of these customers require very high levels of data security. Because Ethernet is a packet based network it will never be possible for these big customers to migrate all of their data to… Read more ›

IBM second quarter earnings report for 2020 makes news. Most analysts applaud an earnings beat and better than expected revenue. But some are skeptical a 30% jump in cloud business can be sustained. We think differently. A reported drop of… Read more ›

Best startup business practices in 2020 for software as a service (SaaS) usually include a freemium model; this means you offer your SaaS at no charge to anybody. Usually your free SaaS doesn’t include all of the features of your… Read more ›

Pivot Continuously While Avoiding Hard Pivots or No Pivots At All

Two software businesses once known as leading examples of the NoSQL tech theme made the news over the last couple of weeks — MapR & NewRelic. HPE announced they had purchased the intellectual assets of MapR on August 5th. The… Read more ›

A lot has been made over the last few weeks about a skew between Microsoft’s announcements about sales of cloud SaaS and PaaS subscriptions to enterprise business and the extent to which these subscriptions are actually used. For any readers… Read more ›

In the aftermath of SPTechCon Austin, and a number of announcements from Microsoft, not the least of which being the planned debut of SharePoint 2016, later this year, it is safe to say the volume on “mobile first, cloud first”… Read more ›

NoSQL is, for better or worse, inevitable

The following comments are based on a literal definition of the NoSQL acronym, “Not Only SQL”. So readers are advised not to interpret my comments as an endorsement of “NoSQL databases” (MongoDB, DocumentDB, etc). A lot has been written… Read more ›

Perhaps investors are changing their taste in prominent social media ISVs. Could the search for a telltale sign of promise have shifted from substantial growth in users to what may be a meaningful increase in revenue? From the after hours… Read more ›

On Wednesday, January 28, 2015, Amazon announced the launch of a new product: Amazon WorkMail. This new offer is targeted to enterprise businesses in need of email and calendar management offered on a subscription basis via a cloud service. The… Read more ›

With a publication date of December 29, 2014, Accenture released its annual High Performance Finance Study for 2014. The findings presented reinforce the notion of a changed decision-making hierarchy for IT systems and solutions within many enterprise businesses. In my… Read more ›