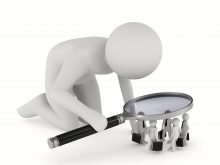 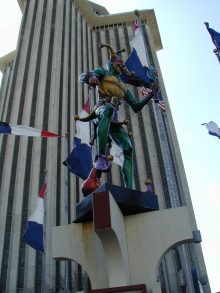 You should not offer free versions of your most complex software. The enterprise software market is very different from its consumer cousin. Throwing a dense set of features at the general public with a free offer is not a good… Read more ›

During the week of July 14, 2019 a news story came up illustrating the importance of choosing the “right” people for user acceptance testing (UAT) prior to software release into production. On Wednesday, July 17th, the New York Times published… Read more ›

A tour through your local Apple Store can be an educational experience — if you’re interested in consumer tech commodities (“smart phones”), markets, and consumer interests. I took one in the middle of July, 2019 and spent most of my… Read more ›

In the October 13, 2017 “Too Embarrassed To Ask” show from VOX Media/ReCode, Kara Swisher and Lauren Goode interview Rick Osterloh, SVP of Google Hardware. A few points stand out for me: 1) Mr. Osterloh claims he was actually hired… Read more ›

Android remains a difficult opportunity for Google to successfully manage

Google recently announced its intention to proceed with a wireless data service. The latest spin on this decision, exemplified by an article published on the Wall Street Journal web site on March 8, 2015, takes this step as an indicator… Read more ›

It has been a mere 5 – 6 weeks since public announcements appeared about the security threat represented by preloaded adware from Superfish on Lenovo personal computers first magnetized public attention. But in this short interval the Lenovo brand has… Read more ›

Much has been written about the journey Apple’s promotional efforts for iOS devices have taken from functional feature presentations to depictions of a luxurious life style. “Luxury tech” may be Apple’s market message of the moment, but let us not… Read more ›