Amazon Halo is a lesson in MVP

Amazon Halo is a lesson in MVP, “minimum viable product”. The new wearable also demonstrates how an MVP can be the “tip of the spear” in an effort to disrupt a market. Without a face, but with a band and… Read more › 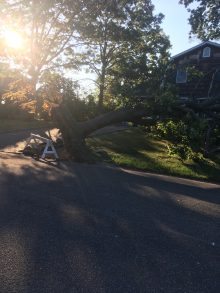 Super storms open opportunities for tech disruption in the late summer of 2020. Tropical storm Isaias went through Long Island on its way to Connecticut and New England on Tuesday, August 4, 2020. We are located in northern Long Island.… Read more ›

Pivot Continuously While Avoiding Hard Pivots or No Pivots At All

Two software businesses once known as leading examples of the NoSQL tech theme made the news over the last couple of weeks — MapR & NewRelic. HPE announced they had purchased the intellectual assets of MapR on August 5th. The… Read more ›

Uber, Airbnb, and, I would argue, Yelp and Groupon can each be categorized as a disruptive technology startup. But the importance of the adjective appended to the business type for this category of early stage business should not be over-emphasized.… Read more ›